Kate Sullivan woke before her alarm. Although 14-year-old Madeline and 16-year-old Chloe were less enthusiastic, Kate couldn't wait for their road trip to Maine. Adam worked long hours, especially during football season, but this year he promised to take the first week in June off for a family vacation. She dumped the tray full of ice from their freezer on top of the bottles of pop and water in the cooler and slung the tote bag of snacks over her shoulder.

"Let's go!" she called out through the house that had been in her family for generations. Sometimes she could still see her Grandpa Clayton on the front porch swing with his arm around her grandma. Hurried footsteps drummed through the house as both girls rushed past her and into the attached garage to claim their seats in the family's Expedition. Adam was just behind them, snatching an apple off the counter and taking a bite before flashing Kate a smile and grabbing the cooler by the handle.

"Are you sure it's a good idea to be trapped in a vehicle with two teenage girls for fifteen plus hours?" He wrapped the arm with the apple-occupied hand around her waist and kissed first her lips and then her nose.

The sweet scent of a Honeycrisp filled her lungs and she licked the lingering juice from her lips. Kate grinned up at him when he pulled back. After six years of marriage, he still knew how to make her insides all gooey. More importantly, he still tried. They glanced through the screen door into the garage where the girls were waiting in the back seat, faking gagging at their parents' display of affection. She giggled. "You know, they might be wondering the same thing about us."

"That's true. At the very least, it'll be interesting, if not entertaining. Lead the way, copilot. Lead the way."

Kate headed to the packed up vehicle and climbed into the passenger seat while Adam slid the cooler behind his seat and then took his place behind the wheel. Adam backed out of the driveway, closed the garage door, and they were on their way. 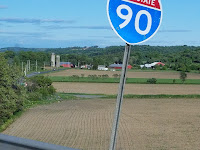 Within just a couple hours, they were out of Ohio and not long after that the landscape began to change. From the time Kate was little and went on vacations with her dad, mom, and sister, Elizabeth, she recognized the valuable time spent in such close quarters with her family, singing to the radio, playing traveling games, and just talking. Kate's eyes grew misty as she clutched her pointer and middle fingers, the number years before Chloe graduated and went off to college. Truthfully, it was never far from her mind. Madeline would fly the nest a few years after that. These were the days to make memories. 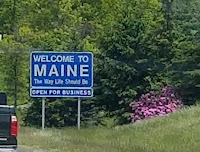 They stopped for the night at a campground in New York and then continued on up the East Coast the following day. They reached Maine by late morning and Mt. Desert Island, where Acadia National Park is located, by early evening. After checking into their hotel in the quaint touristy town of Bar Harbor, they had some dinner and rested. The next day was sure to be an adventure . . . 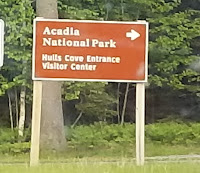