Nothing Could Burst Her Bubble

Thursday dawned even more beautiful than the previous three days in Bar Harbor. Kate awoke easily looking forward to the adventures their last full day in Acadia National Park would bring her family.

She softly nudged Adam's shoulder. "Wake up, sleepy head. We've got to get moving. The parking lot at the trailhead of the Bubbles was full yesterday morning when we drove by at ten."

Adam groaned and mumbled that he was awake, but Kate was already in the bathroom washing up and getting dressed. By the time she emerged, ready for the day, the girls were both awake as well and searching through their suitcases for the perfect outfits.

Within a half an hour the family of four was enjoying their continental breakfast and within another half hour, they were loaded into the Expedition and once again on the short drive into Acadia National Park. Roughly 2 miles past the turnoff for Cadillac Mountain, Adam signaled and turned into the small roadside parking lot. As expected, it was already crowded, but they were able to find a spot, and everyone piled out ready for another adventure, hoping it would be as marvelous as the previous days. 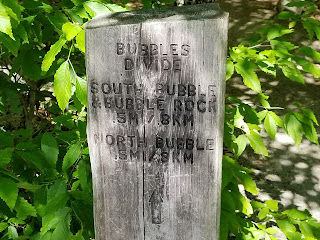 The well-maintained trail was a continuous, gradual ascent through a seemingly ethereal forest. It was a fun, relaxing hike, only about one mile to the summit, and along the way they had to scramble a couple times over large rocks. 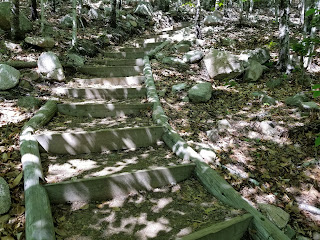 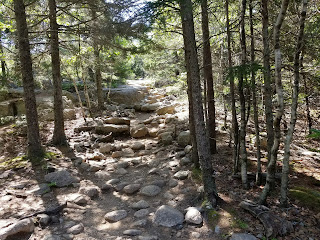 The time spent together on the moderately trafficked trail with her husband, daughter, and step-daughter made Kate wish this vacation would never end. Gone were the everyday demands of chores and errands. Gone were the temptations of technology. Kate used her cell phone as a camera, not as a device to keep her connected to the rest of the world. In place of the monotonous language of typical daily life, there was laughter and meaningful conversations. Not that Kate never laughed with or talked to her husband or kids when they were at home. On the contrary, Kate thought they lived a very happy life together, but just very predictable and highly demanding with Adam's coaching schedule and the girls' extracurricular activities. 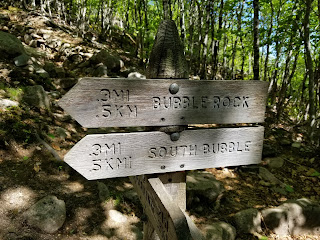 Before long, Kate, Adam, Madeline and Chloe were standing on the top of South Bubble Mountain, their eyes taking in an incredible view of Jordan Pond on one side . . . 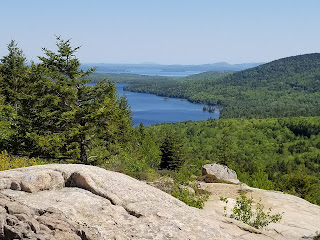 And the Atlantic Ocean in the far off distance in the other direction. 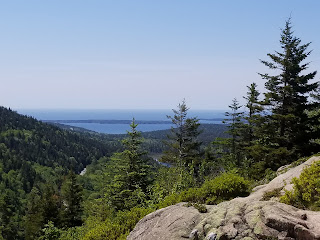 "Wow," Kate exhaled. "You can hardly tell where the sky stops and the ocean begins."

"It's an amazing view," Adam agreed.

"Come on, Mom!" Madeline exclaimed. "Let's get our picture with Bubble Rock." She was referring to the famous tourist attraction which was basically an elephant-sized boulder that had been carried by glaciers many, many years ago and deposited at the very edge of the cliff. To read about it, it seemed like just an average sight until Kate actually laid her eyes on it. 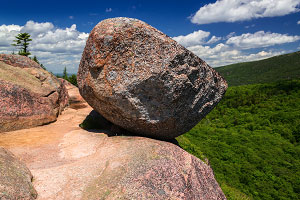 "Look at it! It's just balanced right there on the edge of the cliff! How does it not fall?" Kate shook her head in awe.

Chloe looked at Kate matter-of-factly. "The rock is big, but God is bigger. That's how."

Somehow in the eight years that Kate had been this girl's step-mother, Chloe had grown from a shy, awkward preteen to a stunningly beautiful and wise young lady. How had Kate missed it? She blinked, that's how.

Pulling Chloe to her, Kate kissed the teen's temple. "You're right."

They all took turns posing for pictures with Bubble Rock, pretending to push the giant rock off the side of the mountain, and spent several more minutes marveling at the God-drawn tapestry. 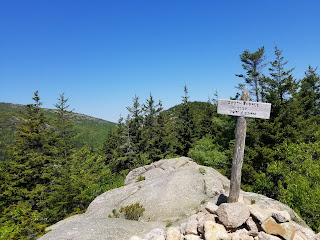 They climbed the last little stretch to the summit of South Bubble Mountain, and then slowly began their return descent to the trailhead. Kate, however, remained high on pure joy. She had no intentions of coming down anytime soon and she knew, after this wonderful vacation with the most precious people on the planet, nothing could ever burst her bubble.
Posted by Jen Riffle at 12:54 PM